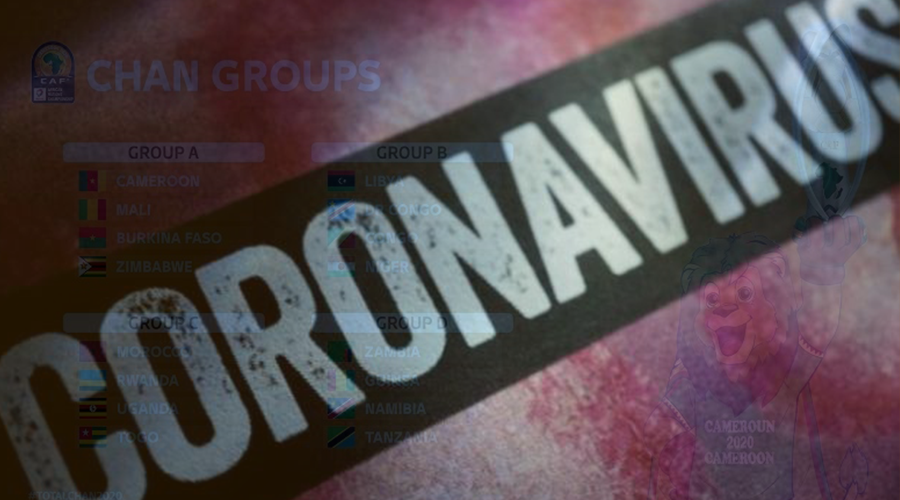 COCAN 2021 indicates today that it has decided in liaison with CAF, to postpone to a later unspecified date, the tournament scheduled for April in Cameroon.

Among the major reasons which justify the postponement to a later date, we can quote:

- The confinement of populations in many countries, which limits the regrouping of teams, officials and supporters.

- The confinement of populations in many countries, which limits the grouping of teams, officials and supporters;

- The unstable epidemiological situation in the vast majority of countries qualifying for Chan 2020.

This postponement is one of the biggest blows that will weigh on Cameroon's economy in general and that of businesses in particular.

Here is the film of the coronavirus race in Cameroon :

- February 19, 2020: The first 2 suspected cases were recorded in a statement by the Minister of Public Health who reassured that there was no threat to CHAN 2020.

- March 6, 2020, 2 new cases including a companion Franca was placed in isolation at the Yaounde Central Hospital.

- On March 17, 2020, 5 new cases of coronavirus according to the Ministry of Health of Cameroon, increasing from 5 to 10 cases.

This increase from 5 to 10 cases has immediate consequences :

- The postponement of CHAN 2019 to a later date

- Systematic quarantine of all passengers disembarking in Douala.

- The 13 strong measures against the Coronavirus decided by Prime Minister DION GUTE include border closures, closure of schools, closure of drinking establishments, cessation of sports competitions, limitation of travel between cities and suspension of the granting of visas.

NB: For any person presenting flu-like symptoms, cough sometimes accompanied by fever observed in any person who has travelled outside Cameroon call 1510.

With fibre optics, "today we are in Cameroon"!

Google unveils the list of the best Android applications of 2019

92% of insurance companies in the CIMA zone do not have mobile applications open...