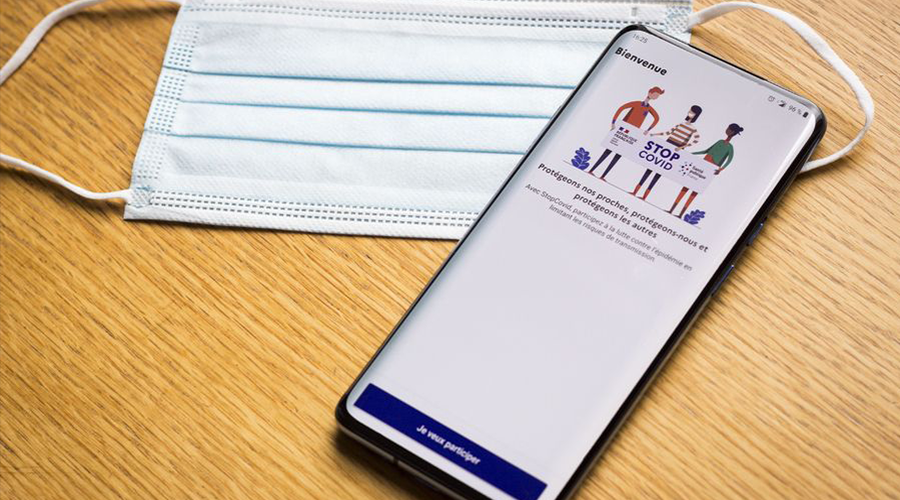 Created in agreement with the Government during the period of containment, the StopCovid application has so far registered more than one million users. Available since Tuesday, June 2 on French smartphones, the application aims to stop the progression of the Covid-19 epidemic.

After several weeks of development, the StopCovid mobile application was released for download on June 2, 2020 via Apple Store and Google Play. Announced by the Government during the month of April, this solution raised many questions regarding the management of private data, tracking, medical data and the potential stigmatization of people carrying the virus ... The Government had to review its copy several times to ensure that the application complies with European regulations and respects the privacy of French people.

Data at the heart of the problem

The concept: StopCovid allows the mobile user to be informed when he has been in close contact (less than one meter away for at least 15min) with a person who has just tested positive and who is also a user of the application. The objective is then to isolate oneself for 14 days and to consult a doctor if symptoms appear. For those who test positive, users have the possibility to warn anyone who has crossed their path in the last few days by sending them a notification and allow them to make an appointment with their doctor to be screened quickly. However, this "tracking" solution, as necessary as it may be, has been the subject of much criticism, particularly with regard to the following problem: what about the data used?

On the government's website it is stipulated that the data exchanged is via Bluetooth and that geolocation is not used. Similarly, the data exchanged between two phones have ephemeral encrypted identifiers so that they cannot be retrieved later or stored over a long period of time. "Data stored on the phone and the server are automatically deleted after 14 days," the government website states. As well, in accordance with the DMPR, the user can at any time delete the data stored on the phone, on the server and the data related to the activation of StopCovid.

If the application has exceeded 1 million users, this figure includes only those who have activated the application and not just downloads. If it is possible to download the application without activating it, users who have activated it and then deactivated it are also counted. "According to epidemiological studies, from the very first downloads, this application avoids contamination, illness and death," said the Secretary of State for Digital Affairs, without giving a target figure for the number of users. He added that the tool will be effective from a threshold of 10% of use in "a living area". Therefore, it would theoretically take between 6 and 7 million users across France for this application to be really effective.