WhatsApp will soon allow you to send money with Facebook Pay 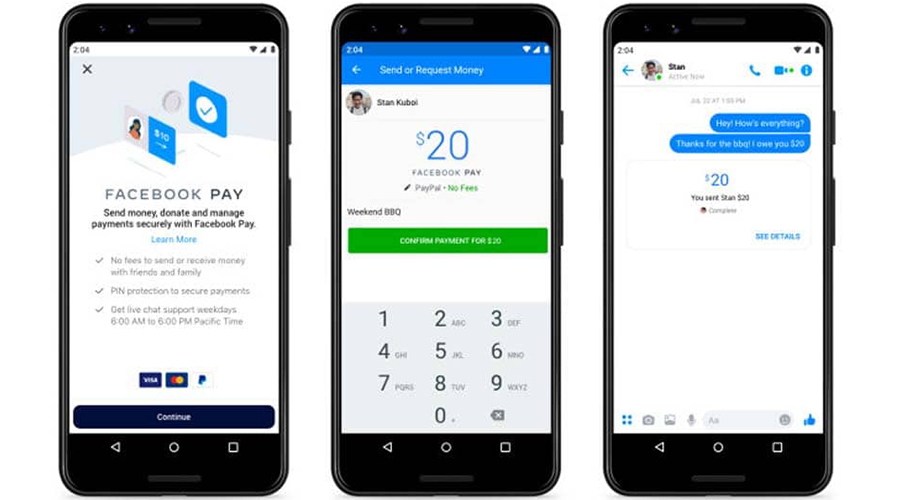 WhatsApp could soon be a platform to send money as well as messages. On Monday, WhatsApp began deploying payments in Brazil, the first country in what is expected to be a broader deployment of the feature.

WhatsApp payments work through Facebook Pay, the company's existing platform for sending money online. Facebook Pay allows users of the brand's applications to save their credit or debit card information, encrypting the information to be used for in-app transactions, such as sending money to a friend or making a donation to a non-profit organization.

Facebook Pay is already online on Facebook and Messenger in the U.S., but the rollout in Brazil is the first time the functionality has spread to the WhatsApp encrypted messaging platform. Users can send payments, as well as request payment. In addition to sending money to friends in WhatsApp, the feature also allows small businesses to make sales in the application.

"Today we are starting to launch payments for people using WhatsApp in Brazil," said Mark Zuckerberg, founder and CEO of Facebook, in a Facebook post Monday morning. "We're making sending and receiving money as easy as sharing photos.

Zuckerberg said Brazil is the first to receive this feature, but that there are "more to come soon. The company has been working with banks in Brazil to implement the feature.

Facebook Pay made its debut last year in the controversy over Balance, the social network's proposed cryptography, and already allows users to send money in Messenger and Facebook. At the time, Facebook said the functionality would eventually be extended to WhatsApp and Instagram.

With Facebook's ongoing focus on privacy, users may be reluctant to entrust their banking information to the network. The company claims that Facebook Pay encrypts account numbers and conducts regular fraud checks. Users can also set a PIN code or, on compatible devices, use touch or facial recognition, which is not stored on Facebook itself. Facebook Pay also sends users notifications about their account activity.

Users can configure Facebook Pay in the Facebook and Messenger settings. The company has not yet announced when WhatsApp payments will be launched beyond the initial launch in Brazil.