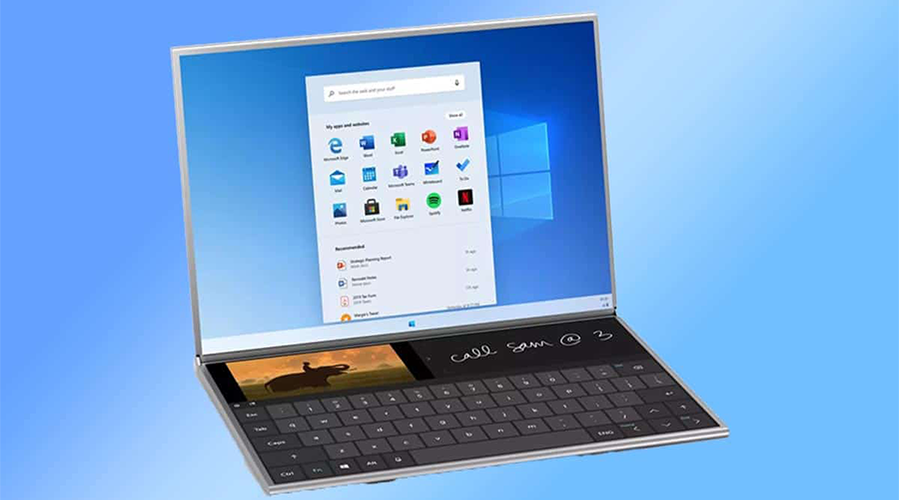 Windows 10X will first land on laptops built around a single screen before landing on dual-screen devices, Microsoft says. Faced with the looming economic crisis, the American group prefers to focus on more traditional terminals before betting on new "form factors".

In October 2019, Microsoft lifted the veil on Windows 10X, an operating system theoretically reserved for dual-screen devices. This iteration of Windows 10 was initially intended to be reserved for terminals such as the Surface Neo for example. Finally, the Redmond firm decided to open its new OS to other types of devices. Recently, Microsoft announced that Windows 10X will also be available on classic tablets or all-in-one PCs.

Windows 10X: Microsoft focuses on single-screen PCs because of the crisis

In a blog post, Panos Panay, product manager at Microsoft, now announces that Windows 10X will first be available on traditional laptops with a single screen. "The flexibility of the Windows 10X interface has allowed us to change our approach to move towards single screen devices, where the power of the cloud will help consumers work, learn and play," Panos Panay said. Specifically, Microsoft has adapted its OS to the requirements of traditional PCs.

This turnaround is obviously due to the postponement of the release of the Surface Duo. In the midst of the coronavirus crisis, Microsoft therefore prefers to focus on devices with a single screen rather than on new formats. "These single-screen devices will be the first expression of Windows 10X that we will bring to our customers, and we will continue to work with our partners to find the right time to bring dual-screen devices to market," adds Panos Panay. What do you think of Microsoft's decision? We are waiting for your opinion in the comments.

WhatsApp increases the number of participants in a video conversation from 4 to ...