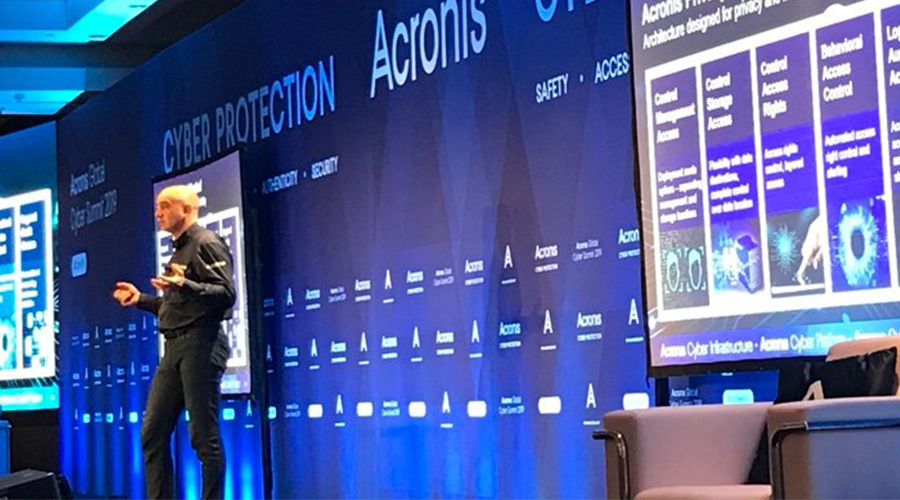 In the latest 2021 version of its True Image backup software, Acronis combines security with backup, with the idea that this integrated solution will make its competitors look like incomplete products. New features include malware detection, on-demand virus scanning, web filtering and video conferencing protection. These are the same security features found in Acronis' Cyber Protect software.

Unlike Cyber Protect, which is available to businesses of all sizes, True Image is designed for individuals and small businesses with five or more endpoints. The publisher explains that this reinforcement towards security functions responds to the problem of employees who are increasingly teleworking, who are more likely to be victims of cyber attacks outside the walls of their company.

However, Acronis True Image 2021 also improves backup functions. Users can now continue a data replication operation to the cloud if it has been interrupted along the way, usually due to a bad connection. The new version also introduces the ability to quickly validate the last copy of a backup, as well as the ability to convert backups to virtual hard drives in VHD format, making them work as virtual machines.

A growing need for cyber security with teleworking

Anti-malware features are available only on Advanced and Premium editions of Acronis True Image 2021. Standard and Essential editions offer them as a free three-month trial. Prices vary by edition, with a maximum of $209.99 per year for a Premium license for five machines. True Image works on both Windows and Mac, but the Mac version lacks web filtering, video conferencing protection and quick backup validation.

Acronis is not alone in riding the wave of telecommuters. It is with the same excuse that several of its competitors in the backup world have recently added security features to protect backups from cyber attacks. These include Asigra, which has just introduced several layers of multi-factor authentication in its software, and Druva, which now integrates with FireEye's Helix.

According to Gaidar Magdanurov, CEO of Acronis, individuals and small businesses are under-equipped to deal with cyber-criminal threats. "Cyber criminals now rely on cloud resources and artificial intelligence engines to develop their malware. While large companies can use the same resources to defend themselves effectively, smaller organizations such as doctors' offices or law firms cannot. »

"All criminals are using cloud computing and artificial intelligence to grow. And they are now attacking home-based workers because they don't even have to fight against the protections of a corporate network," he adds.

A fully integrated product to stay ahead of the game

According to Phil Goodwin, analyst at IDC, Acronis True Image 2021 is the only backup product that pushes security features to the point of integrating anti-malware. "Data security is a completely different subject than data protection, because the technology to identify threats and quarantine possible infections requires a skill set that is not usually found among backup experts. Most vendors partner rather than develop these skills in-house. As a result, Acronis can claim to be one step ahead. »

Phil Goodwin added that it will be difficult for another backup vendor to match Acronis' offering. "In the case of True Image's competitors, such as Carbonite with Webroot security, it's a backup product protected by a third-party security product, with a questionable degree of integration at the interface level. True Image's console is used for both backup and security. That's an advantage for small businesses that True Image targets, because they rarely have IT staff," he says.

Awareness-raising seminar for judges in the Eastern Region on Cybercrime and cyb...

The investment fund Investisseurs et Partenaires is positioned on the digital se...