Mobile: Samsung working on a tri-fold smartphone, it is confirmed 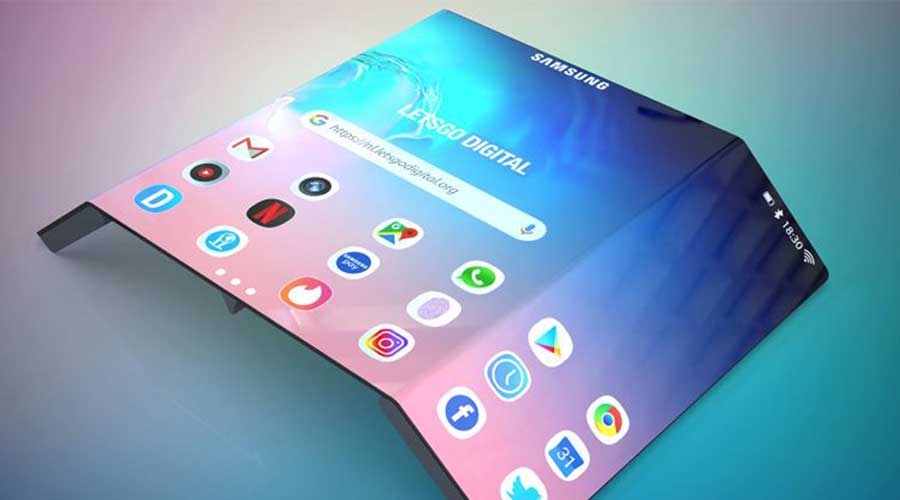 Samsung is developing a smartphone with a foldable screen that can be folded into three parts. According to a patent, the manufacturer wants to integrate a magnetic holder for the S-Pen. Could this new kind of foldable smartphone be released by the end of the year?

In parallel, the chaebol is also developing new designs to enrich its range. According to a patent filed in September 2020 with the World Intellectual Property Organisation, Samsung is working on a smartphone whose screen folds into three parts. In detail, the device consists of a screen with a large main panel and two smaller parts, reports LetsGoDigital.

SAMSUNG HAS INVENTED A MAGNETIC HOLDER FOR THE S-PEN

The two screens, attached to the side of the structure, fold down onto the main touchscreen. In this case, Samsung opts for a design that folds outwards, unlike its previous foldable smartphones, where the screen folds inwards.

As the patent points out, Samsung accompanies the foldable smartphone with an S-Pen, the flagship accessory of the Galaxy Note. Unlike the Note, however, the device is not equipped with a drawer to house the accessory. Instead, the manufacturer has devised a magnetic holder capable of holding the stylus against the structure with magnets.

The patent filing obviously does not mean that Samsung really intends to exploit this technology. Nevertheless, a report from Nikkei claims that Samsung intends to launch a smartphone that folds in three by the end of the year. Given this, one imagines that the manufacturer could capitalise on the design presented in the patent.

NOTICE OF EMERGENCY OPEN NATIONAL CALL FOR TENDERS N°01/AONO/CNDDR/CIPM/2020 of...