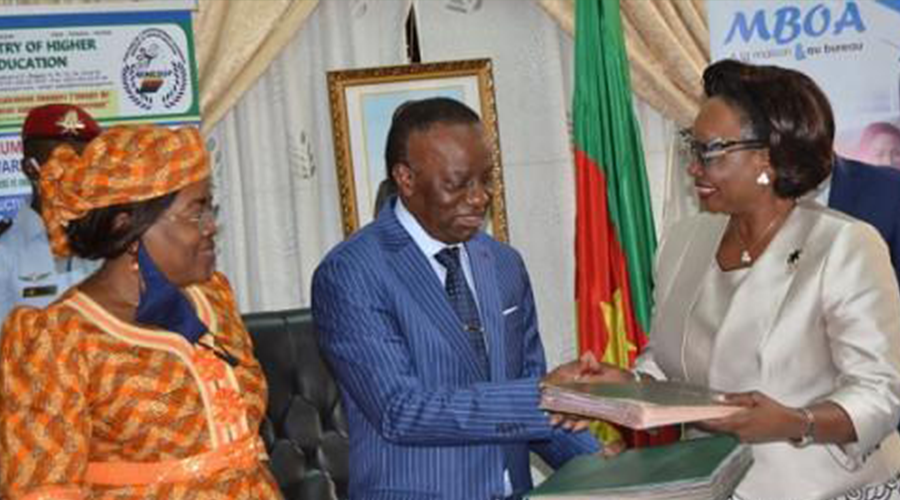 Jacques Fame Ndongo, the Minister of Higher Education (Minesup), and Judith Yah Sunday Achidi, Managing Director of the state-owned telecom company, Camtel, signed a framework agreement on September 8 in Yaounde for the provision of bandwidth to interconnect state universities and the Congo-Cameroon Inter-State University of Sangmelima in the south of the country.

According to information gathered during the ceremony, the Internet connection offer will thus increase from 263 to 9333 Megabits per second. This agreement will also enable the implementation of Digital Development Centers in state universities.

For the Minesup, it is one more step for the "E-National Higher Education" project. It is through this program that the Head of State, Paul Biya, decided in 2016, to implement the project "one student one computer", granting a free laptop to 500,000 students in public and private academic institutions in Cameroon.

In addition, thanks to the "E-National Higher Education" program, each state university will be equipped with an ultra-modern university digital development center designed to give a decisive impetus to distance learning, digitization of university administration, collaborative networking and secure interconnection of public and private universities in Cameroon. The financial impact of this entire program is 75 billion FCFA.

Nigeria - Telecoms: Regulator paves the way for the launch of 5G

Notice of consultation of the national committee for the fight against AIDS in C...