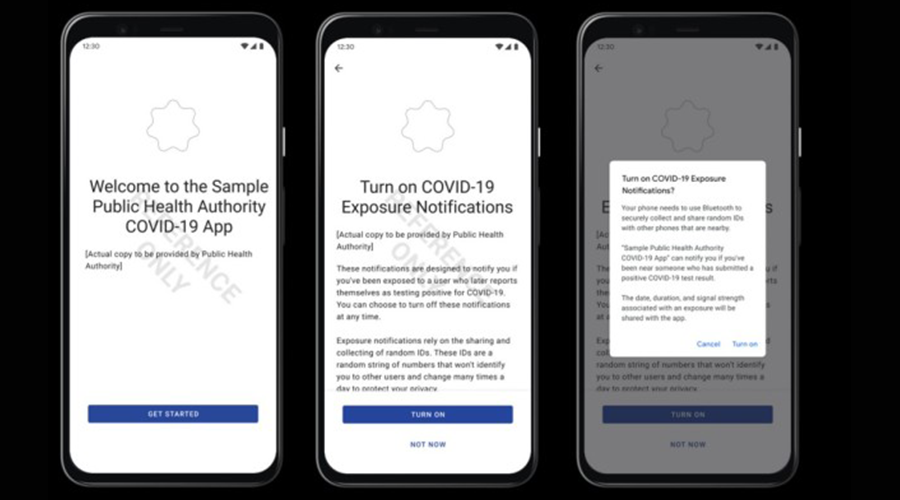 The two US giants have published graphical examples that show how a contamination alert or positive test notification could be displayed on screen in applications using their APIs.

Apple and Google have given more details about their "contact tracing" technology. According to TechCrunch, both companies have published examples of graphical user interfaces that show how such an application works. In particular, we see what a potential contamination alert and notification of a positive test to the health agency can look like.

The two companies also specified the rules of use. For example, to access this programming interface, you have to show your white paw. The request must come from a national health agency, and only one request per country can be accepted. In the case of a federal or highly regionalized country, it will be possible to derogate from this rule and imagine local applications.

Furthermore, contact tracing cannot be used in conjunction with geolocation. This seems logical, because the use of Bluetooth is precisely designed to avoid having to use intrusive technology such as GPS. It should be remembered that this technology from Apple and Google should not be used in France, as the government has chosen a different and incompatible architecture.

The Edge Chromium browser will be available by default with Windows 10 20H2.

92% of insurance companies in the CIMA zone do not have mobile applications open...

Cameroon - Digitalization: the Camcis system will allow "an improvement (...) of...