Timber traceability: end of log exports in the Congo Basin by 2022 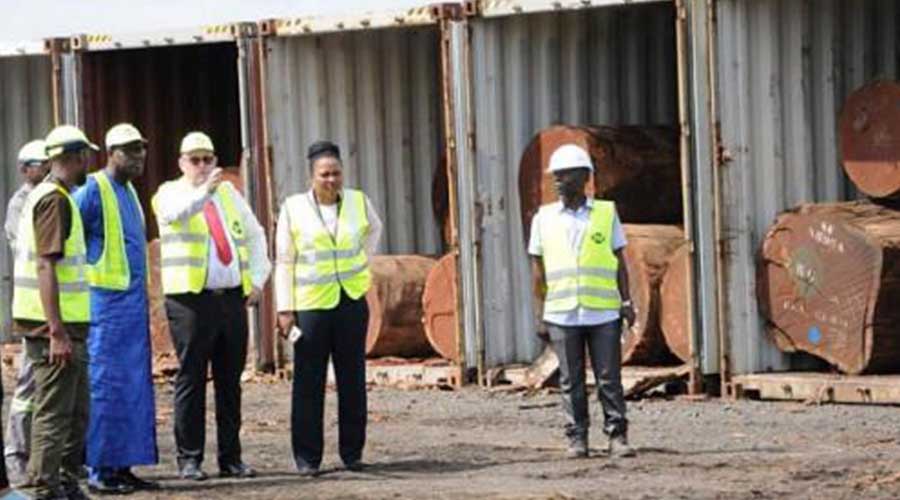 Cameroon's Jules Doret Ndongo chaired a meeting of Central African ministers in charge of forests, industry and the environment by videoconference on September 18. It validated the decision to ban the export of timber in the form of logs by all countries of the Congo Basin as of January 1, 2022.

To accompany this measure, it was decided to create special economic zones to set up the 1st, 2nd and 3rd wood processing industries. In addition, these ministers validated the decision to create the Regional Committee for the Sustainable Industrialization of the Timber Sector in the Congo Basin (Crib) as well as the regulation on the development of forest plantations.

The Council of Ministers also approved the decision to designate the International School of Agriculture and Woodworking (Esiamb) as a sub-regional university institution dedicated to vocational training in woodworking.

At the end of the videoconference, the sector ministers recommended the adoption of these decisions to the Council of Ministers of the Central African Economic Union in order to turn them into community acts.

Eventually, the subregion would achieve harmonized forest taxation. To this end, the Ministers recommended that the CEMAC Commission (Cameroon, Central Africa, Chad, Congo, Gabon and Equatorial Guinea) develop guidelines on forest taxation that countries should incorporate into their national legislation.