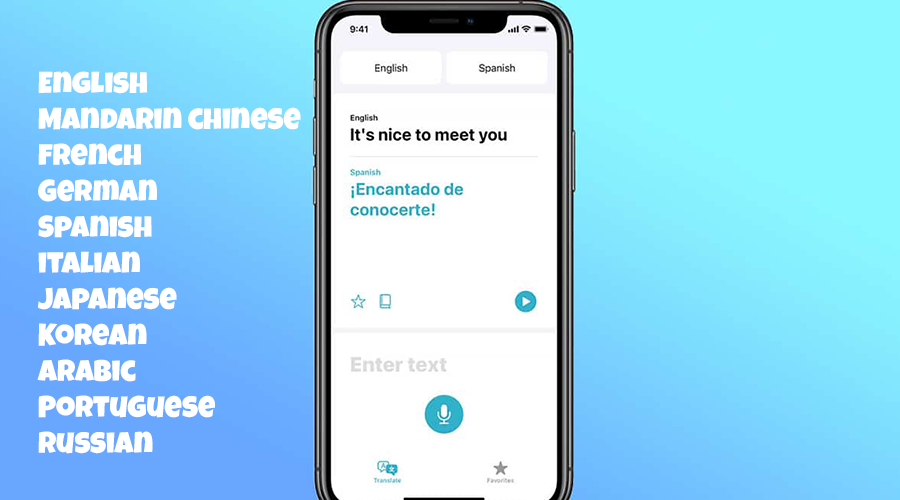 iOS 14 marks the arrival of Apple Translate, a translation application similar to Google Translation. The service will rely on the Siri voice assistant to translate foreign languages in real time, even if your iPhone has no internet connection.

On 22 June 2020, Apple took advantage of the opening keynote of WWDC 2020 to unveil the main new features of iOS 14. The Cupertino-based firm announced the arrival of widgets, the App Library, a more discreet version of Siri and a picture-in-picture mode.

At the conference, Apple also announced the arrival of Apple Translate, its own translation application, with iOS 14. Called "Translate" in French, it was "designed to become the most powerful and easy-to-use translation app for conversations," Cupertino said in a release.

Running entirely locally on the iPhone/iPad, the app does not require an Internet connection to work. "The onboard mode on the device allows you to use the app's features offline to translate lyrics and text with complete confidentiality," Apple promises.

Unlike Google Translation, Translate is designed to facilitate conversations between two people speaking different languages. In concrete terms, the iPhone will display the translation of your conversations on the screen in real time. Even better: by putting the smartphone horizontally, Translate will display the text in one language on the left and another language on the right. Here again, the goal is to allow two people of foreign languages to be able to exchange without obstacles.

Finally, "Translate" is equipped with automatic language detection, like Google Translation. At launch, Apple Translate will support 11 different languages: English, Mandarin Chinese, Japanese, Korean, Spanish, German, French, Italian, Russian, Brazilian, Portuguese and Arabic. What do you think of Apple's translation service? Can Translate compete with Google's solution? We are waiting for your opinion in the comments.

WhatsApp Tip: How do you find out who you talk to the most?